To learn how you can meditate please read my book Sæ-sii Meditation: How to Find Your Bliss in 15 Minutes a Day


Posted by Lorraine Turner at 9:25 AM No comments: 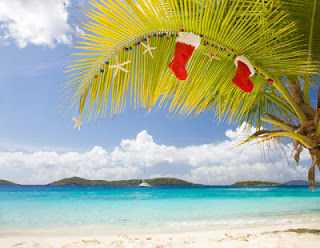 It's December and all around me I feel a change in the air. What is it that seems to lie just beneath the surface? Holiday music fills every nook and cranny of every building I enter, be it a trip to pick up asparagus or make a deposit at the bank. It can either make you feel all tingly inside or set your teeth on edge. This is a matter for you, but like it or not the season of merriment is upon us.

When you live in the land of palm trees and pelicans its hard to conjure up images of fresh fallen snow and glistening icicles. Although I no longer own a TV, I am aware that every station begins the onslaught of special holiday shows depicting garland laced windows, brightly lit trees and children building snowmen. Apparently their version of the holiday is only celebrated in cold northern climates and for many years this is exactly how I witnessed it. I was a Jersey girl and I knew the meaning of the season. It meant wearing extra sweaters, sloshing through snow that often fell into my boots and hitching my scarf up a little tighter over my frozen nose as I sledded with my friends. 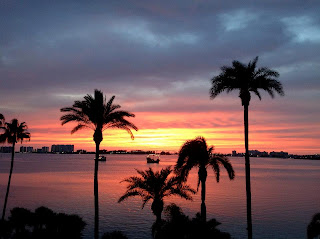 That was then this is now. It's December alright and the sailboats look whiter against the teal waters of the Clearwater Bay in sunny Florida. The only scraping of our windshields come from the occasional droppings of the sea birds. But many around me are excited as the holiday festivities approach. Santa's sleigh being led by flying pink flamingos adorn some of the rooftops while mechanical penguins wearing Hawaiian shirts wave to passers by. When I first moved to Florida I found all of this appalling and now... well, I guess I have mellowed as I see that even people wearing flip-flops find joy in the simplest of things. Children still hang stockings and parents still kiss under the mistletoe. Yep, it's December again and the sunsets are more radiant then ever.

Posted by Lorraine Turner at 11:26 AM No comments:

Calico Horses and the Patchwork Trail 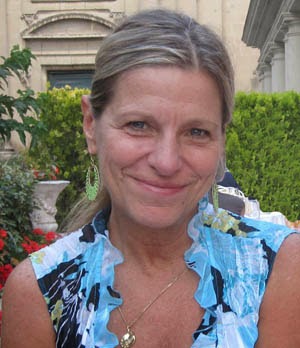